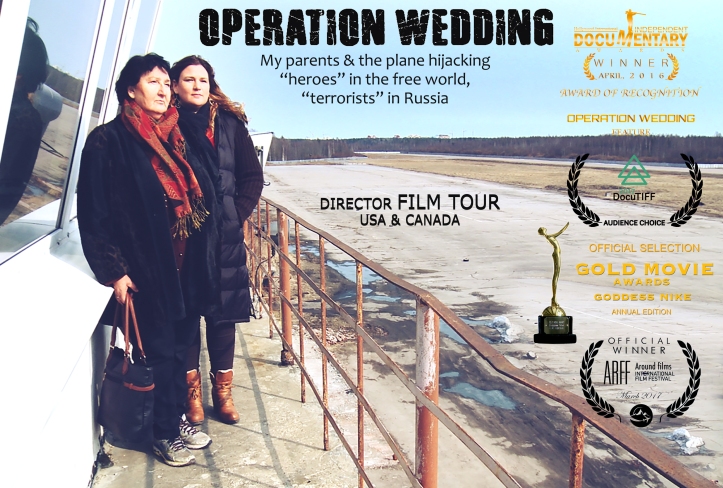 The world has seen a lot of political unrest as of late. From the demonstrations in Egypt’s Tahrir Square in 2011, to Brazil’s marches against corruption, to recently, the waves of protesters gathering in Washington against the incoming administration.

But what does it mean to protest when everyone else stays silent, and when the government will almost certainly stifle your voice? That’s what the instigators of Operation Wedding thought about as they tried to steal a plane and escape the Soviet Union.

When Israeli filmmaker Anat Zalmanson-Kuznetsov graciously gave Ironed Curtains the chance to watch her recent documentary, Operation Wedding, most of us were notably interested, but had not ever heard of the operation or its fallout.

We started by talking to our families, who seemingly remember every historical event that impacted Soviet Jewry from the 1940s onward, and were surprised to find that many, due to the heavy censorship in the Soviet Union, had not heard about Operation Wedding at all, or if they did, did not know specifics. Those who had heard about it were not listening to mainstream media, and had access to free press like the Voice of America, or even the BBC Russian service, available to intrepid listeners who tried to avoid Soviet censorship by building their own radios, or those who lived close enough to the edges of the Iron Curtain to receive radio from Western countries like Finland.

When Anat was growing up, her parents, two of the leaders of Operation Wedding, were well-known heroes in Israel. Today, hardly anyone talks about the event and what followed.

The movie opens with Anat heading with her parents to a BBC interview, where Anat says, “People say to me all the time, ‘do you know that your parents are heroes?’” but she says that their story has been forgotten over the last 15 years. She spends the documentary retracing their steps, their thoughts, and their feelings about the events. She interviews her parents, as well as the remaining survivors of the trip, all now living in Israel, and also gets access to former KGB agents and government officials in an effort to re-piece together the story.

Operation Wedding took place in 1970. Edward Kuznetsov and Sylva Zalmanson, Anat’s parents, were Jews trapped in the Soviet Union, denied exit visas to emigrate to Israel. Desperate and left without options, they, along with 14 others, attempted to hijack an empty airplane and fly it over the border to freedom in Sweden. Their plan ensured that there would be no casualties. They bought all the seats on the 16-seater plane under the pretense of going to a wedding. They planned to leave the pilots outside and fly the plane themselves. However, their plot was thwarted by the KGB, and they were arrested at the airport. Two members of the group received death sentences, and the others were sent to labor camps for varying lengths of time. The story sparked international outrage.

While there is plenty of historical background, this documentary is also about rediscovering her parents, how they feel about Operation Wedding today, over 40 years after the incident, and about exposing all of the current misinformation, particularly from the pro-Putin Russian government media, being fed about the incident.

There were protests in Israel and the United States and, under pressure from the West, the death sentences were commuted. Eventually the prisoners were traded and allowed to leave. Their actions, the trial, and the protests, created a crack in the Iron Curtain through which millions of Jews were finally able to escape to the West.

Edward Kuznetsov and Sylva Zalmanson were two of the most prominent Soviet Jewish dissidents aboard the plane who inspired activists like Natan Sharansky, and some say, singlehandedly started the allowed release of Jews from the former Soviet Union.

Anat interviews her parents separately and, in an extremely emotional trip, goes with her mother to Russia. They re-enact Sylva’s experience in jail, where she shows what it means to be human, with dignity, under the worst circumstances imaginable. 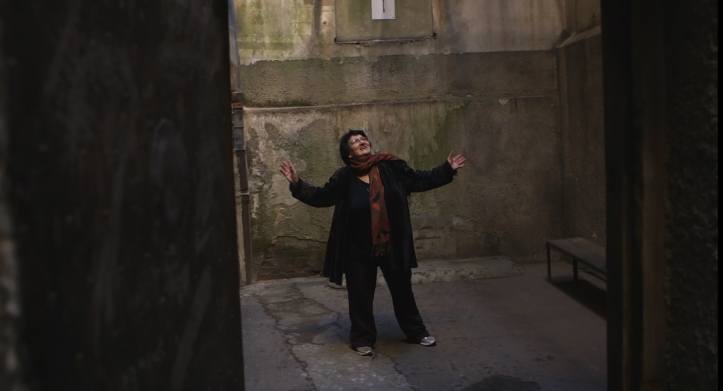 The documentary leaves behind a powerful impression of what it means to stand up for something, and to have the memory of that event fade from the collective memory of the world.

You can find out more about the movie, and support its release, on the website.